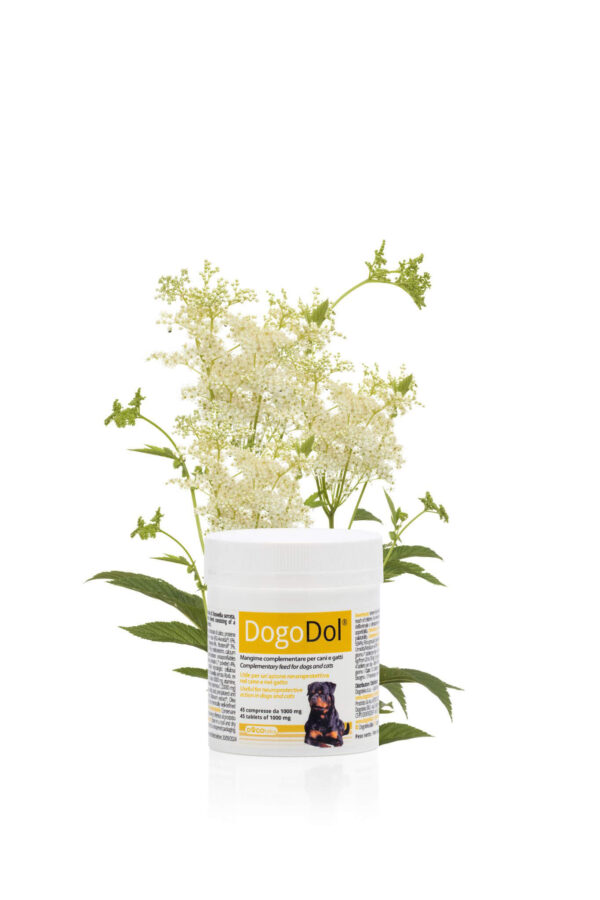 Dogodol® is a complementary feed for dogs and cats indicated for a neuroprotective action.

Mix in the daily ration of the animal’s food or directly in the mouth, based on the weight for about 7-10 consecutive days. Repeat if necessary for another 10 days and continue until needed.

The possible “chondroprotective” effect of the unsaponifiable constituents of avocado and soya in vivo. Drugs Exp.Clin.Res. 1998;24(1):41-50.
Khayyal, M. T. and el Ghazaly, M. A.

Who is the product suitable for?
+

DOGOdol® is indicated for dogs and cats that need a neuroprotective action.

What does it mean: useful for a neuroprotective action?
+

Neuroprotection is a strategy that aims to maintain the functionality of neuronal cells. More and more studies show that oxidative stress causes neurological changes. In particular, at the peripheral level, the changes that occur following damage to the afferents concern the sensitization of the nociceptive system from which the characteristic symptoms of neuropathic pain derive. An integration with substances with antioxidant action can be useful for a neuroprotective effect.

Can DOGOdol® be given after surgery (caesarean for example)?
+

Yes, thanks to the active ingredients contained within it, in particular: PEA – international research, has defined the profile of lipid bioregulators, afferent to the class of endocannabinoids, capable of enhancing, when administered exogenously, the body’s natural defense regulation mechanisms. Boswellia, Spirea and Vitamin C – in literature its known anti-haemorrhagic action is useful after surgery.
There are no contraindications to its use after surgery.

DOGOdol® can be usefully administered together with DOGOmaxy or DOGOmini. In this way the effect of the product is enhanced. There are no contraindications.

In case of need, can DOGOdol® be administered without breaks?
+

DOGOdol® can be administered without interruption. It should only be suspended if intestinal disorders occur. This can happen, for DOGOdol® but also for other products, due to individual intolerance towards some component.

Can DOGOdol® be useful in older dogs as a prevention of their neurological system for their cognitive functions?
+

DOGOdol® is rich in antioxidant substances (Boswellia, Spirea, Olea europaea) which have a protective function towards the neurological system by counteracting the harmful action of free radicals. The administration of DOGOdol® in elderly dogs suffering from pain of various kinds certainly has a beneficial effect on the neurological system which should be considered a positive additional action. However, this additional action should not be referred to as a product specific action.

Can DOGOdol® be used in pregnancy?
+

Pregnancy is a very special time and before using any product it is advisable to consult your veterinarian. The veterinarian who follows the pregnancy of your female will be able to evaluate the possibility of the assumption of the product.

We remind you that it is good practice to keep the unopened package away from the reach of children and animals, as indicated in the warnings on labels and boxes. The greatest risk in the event that a dog ingests the entire contents of the package is that it may in a hurry swallow pieces of plastic, much more harmful than the active ingredients contained in the product. However, given the variability of the subject with respect to body weight, breed and age, the advice we would like to give is to consult your veterinarian who will be able to assess the situation from time to time by knowing the dog thoroughly.

Are Dogoteka products safe for my dog or cat?
+

We remind that in all our complementary feeds the active ingredients used in composition and additives are appropriately dosed to ensure a beneficial effect on the animal, do not cause side effects or any toxicity. They follow the EUROPEAN guidelines of the Feed Material Register which lists all natural products allowed in the animal field.
It is therefore advisable to follow the recommended daily portions.

DOGOmaxy® is a dietary complementary feed in tablets for large dogs useful for supporting joint metabolism in case of osteoarthritis therefore it is especially indicated in dogs that have this particular pathology; however, by supporting the osteoarticular function of the tendons and ligaments it can also result useful in dogs subjected to physical exertion or intense work.
This is also thanks to the innovative blend inside ProTriXan consisting of a combination of garcinia mangostana, turmeric and garcinia cambogia, active ingredients known for their powerful antioxidant properties and for their beneficial effects on the joints.
DOGOmaxy® is also useful in all breeds predisposed to developing osteoarticular dysfunctions that cause inflammation and pain in the joints involved. In these cases, the association with DOGODOL immediately relieves the painful component and performs a complementary and synergistic action, exponentially increasing the beneficial effects of the two products.
DOGOdol® is a complementary feed for dogs and cats indicated for a neuroprotective action, therefore suitable for any type of dog, of any age group or breed.
Neuroprotection is a strategy that aims to maintain the functionality of neuronal cells subjected to continuous oxidative stress, for this reason an integration with antioxidant substances can be very useful.
Also suitable after surgery or caesarean section.
It is important to underline that in particularly serious or difficult cases these 2 complementary feeds (DOGOdol® + DOGOmaxy®) work very well if proposed together to the animal, as their action is complementary and synergistic.The effect of both is therefore enhanced, if proposed simultaneously.

What if I have a specific question about my pet and I need personal advise?
+

Italo Mella Italy
Great Dane male 5 years Following a trauma from playing with another Great Dane, he had sustained a very painful injury of the gluteus muscle of the rump which, despite absolute rest and therapies with classic anti-inflammatory drugs, had lasted for a long time. Given the failures, we started a therapy with a new Dogoteka product that performs a pain relieving function with natural active ingredients – Dogodol. The result was surprising. In the first video you can see the […]

Prepared by Petra Maibuechen, Futterglueck Germany
Thank you for the perfect advice: mega job Nature products from Dogoteka help when the classic treatments do not work. Andreas Merkel and Ann- Katrin Günter, Germany

Prepared by Dogoteka Italy
2 year old female Doberman Trauma to the tail after playing in the park with another dog. Pain had persisted for days. Veterinarian performed the x-rays but there was nothing to report on the x-ray. The female was given Dogodol. Two hours after the first administration the pain was gone. She continued with the administration of Dogodol for another two days and then stopped it permanently. The dog no longer experienced tail pain. In the first video we see the […] 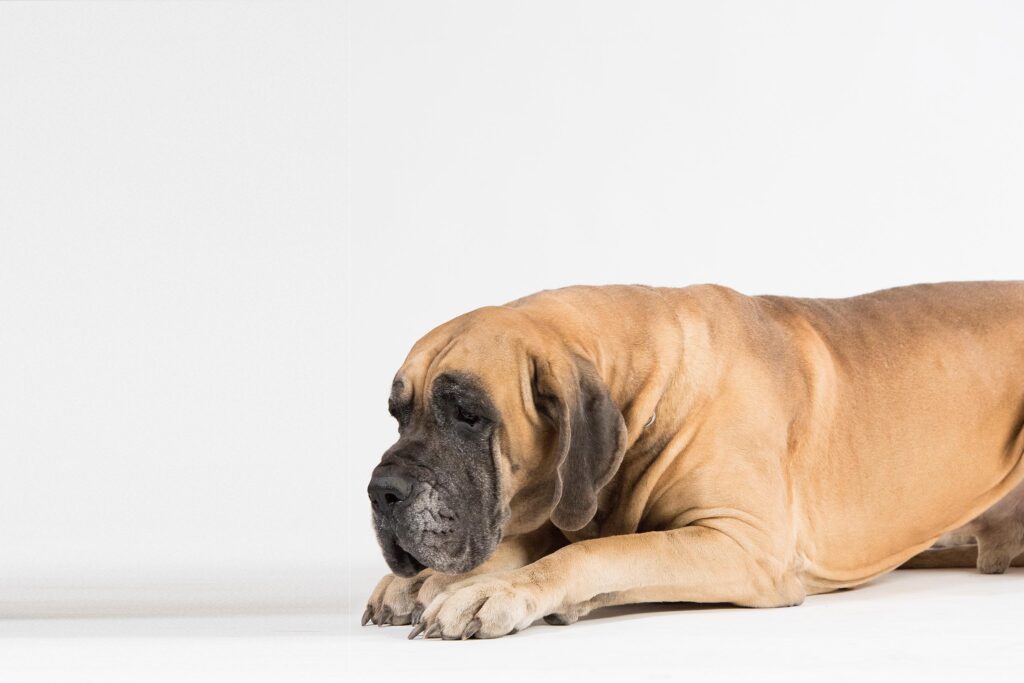 Panosteitis in dogs is an inflammatory problem affecting the long bones of the limbs. Use of products that contain natural anti-inflammatory components can be a valid alternative. 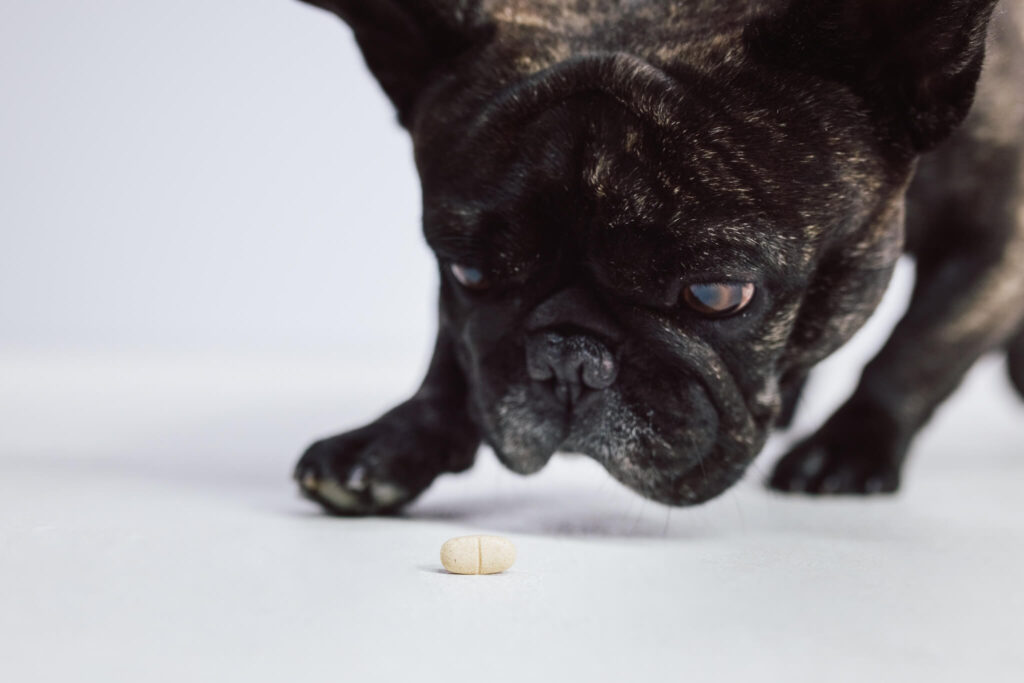 Parnuts – food is essential for life!

MALTA All for pets Market